A music tour in Santorini with Norwegian Cruise Line

We embark on a Greek Isles cruise on Norwegian Jade

I’m listening as Yannis plays an assortment of flutes he has made from reeds, in between telling us how the ancient Greeks gave music to the world. There are stories of warring gods, of how our language originated in Greece and of how, thanks to music, his ancestors gave the world medicine. “Your body is an orchestra,” he tells us.

Yannis is the owner of Symposion, a cultural centre in the Greek village of Megalochori. Sorting fact from myth is getting tricky and just when I think things can’t get more surreal, he starts playing bagpipes. Sorry, Scotland, but it seems this was a Greek invention. It was all down to the god Pan (or maybe his mate – I confess I am a little lost), so he could play music and sing at the same time.

This is a momentous occasion – the cruise, not the tour – as Norwegian Jade is Norwegian Cruise Line’s first ship to sail since the pandemic halted operations worldwide. It’s been 500 days, according to the bosses, and to say they, me and the crew are excited to be back is something of an understatement.

Norwegian Jade has changed since I was last on board. Then, the look was somewhat gaudy Hawaiian; now, the decor is toned down but the party feel remains, with non-stop bars, restaurants and eateries galore.

We’re visiting them all, exploring medieval towns, hippy hangouts, and the site of the ancient Olympic games

I’ve gone upmarket French, casual Asian and tasty Italian, hung out at the Pit Stop burger joint above the pool and haunted the champagne bar, where piano man Justin plays every night.

With so many Greek islands to choose from, NCL has ditched its usual day at sea and instead we’re visiting a port a day. Heraklion, Rhodes, Mykonos, Katakolon, Corfu; we’re visiting them all, exploring medieval towns, hippy hangouts and the site of the ancient Olympic Games.

Today, we’re in Santorini, but have skipped the famous blue-and-white villages of Oia and Fira that perch precariously on a cliff, overlooking the caldera, for our magical music tour in Megalochori. After the bagpipes, things take an interactive turn. Some of us get handbells, others drums to shake and bang as Yannis plays his reed flutes, just like the gods used to (maybe).

The mythical side of the tour over, we head to nearby Gavalas Winery for some rather more earthly delights. This is the real thing, especially the Vinsanto dessert wine. “It’s Christmas in a bottle,” our host Vasilis tells us. I’ll drink to that! 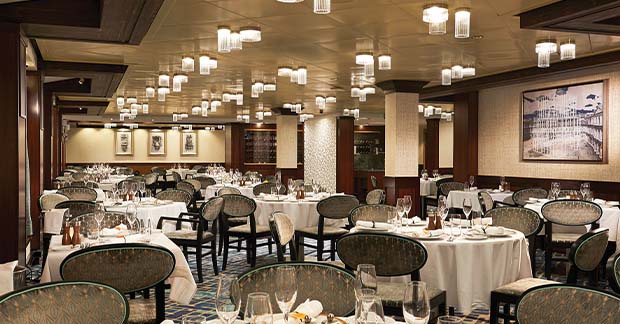 From £1,224 per person for a seven-night Greek Isles: Santorini, Mykonos and Rhodes cruise on Norwegian Jade, departing May 22, 2022. A £99 per person upgrade buys two of the following: unlimited free drinks, two speciality restaurant visits, a discount on shore excursions or complimentary Wi-Fi. The musical heritage tour in Santorini lasts just under five hours and costs from £251.
ncl.com

Sailing the Rhine on a Tui River Cruise