Tradewind Voyages has attracted customers from luxury brands such as Seabourn and Cunard who are looking for a new cruising experience, according to the line’s new boss.

Alan McGrory, who replaced Stuart McQuaker as chief executive at Tradewind last month, said the tall-ship specialist had proven popular with couples and expects families to sail on Golden Horizon with their adult children.

He said the line had already been successful in attracting cruisers who had previously experienced other luxury or ultra-luxury options. 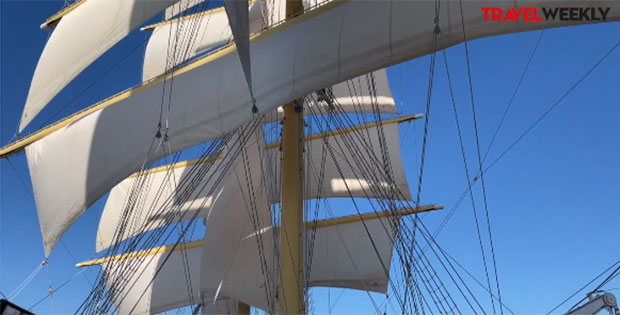 Speaking on the 272-passenger vessel’s second sailing ahead of its delayed official inaugural voyage out of Dover on Thursday, McGrory said: “We’re seeing older people who just want the experience – a lot of people from higher or similar brands like Cunard or Seabourn.

“[Seabourn and Cunard passengers] have been on it last week. They came to see it, taste it and just to get out. They all loved it. They loved the open deck space, and they loved the experience of the vessel. They wanted to experience sailing as opposed to anything they’ve experienced before on a motor.

“You cannot compare one to the other because it’s a totally different experience.”

He added: “Having the shorter sailings coming out of the UK is giving people a greater flavour about what to expect, then they’re happy to go down to the Med and other places.”

McGrory said that there had been “a lot of question and intrigue” for the line’s Mediterranean programme, starting on August 28 with a 10-night sailing from Harwich to Lisbon.

“Right now, there’s a lot of questions and intrigue for the Med. The Med is going to really get hot. That is the key area where there’s the most interest.”

On the customers booked to sail, McGrory added: “We mainly have couples on board and what we’ve seen is a lot of groups of four couples.

“We’ve not necessarily seen families. In terms of age we’ve seen everything from 30 right up to the 80s.

“In the future, you’re going to get a more mature passengers that maybe are coming with sons or daughters who are 30 or 40. What we’ve seen in terms of experience is there’s enough, both at the upper end and the lower end, to appreciate that.”