What can you do on a city break in Coventry?

‘The Coventry Evening Telegraph’ remains etched in brass on its front doors, and yellowing copies from the 1950s line the lobby shelves alongside dog-eared issues of sports page The Pink, documenting decades-old moments of triumph or defeat for the city’s Sky Blues.

Cast iron doors and signs that read ‘darkroom in use’ still dot the corridors, while functional features – the lighting distribution board and the heavy machinery now on display in its rooftop bar – lend an air of industry that reminds guests this was once a busy working newsroom.

“This is a city known for reinventing itself time and again”

That connection to the building’s heritage continues throughout the rooms, which are adorned with past front pages and prints by local artist Kate Rossin, who delved through the newspaper’s huge photographic archives to unearth images of compositors, copytakers and other long-forgotten but once-essential workers.

“The [hotel] owners are from Coventry, so they wanted to keep the original features,” says senior sales executive Rachel Adderley. “We have had so much interest from people who used to work here and remember it well. They have tried to keep everything where it was originally.”

Yet that combination of industry and innovation is nothing new in Coventry. This is a city known for reinventing itself time and again, all but destroyed during the Blitz only to rebuild and re-emerge as one of the boom towns of the post-war period.

There’s a way to go before it reaches the top tier of must-do British city breaks, but with a fresh wave of investment thanks to its new City of Culture status and a creative arts scene drawing younger visitors to its streets, it’s time to see how far Coventry has come. 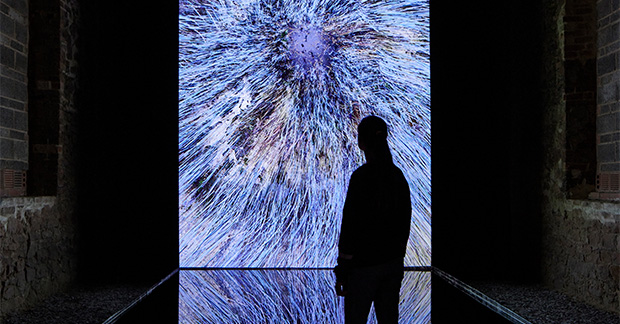 It’s best known for the legend of Lady Godiva and for its controversial cathedral – built in modernist style after the previous church was destroyed in the Second World War – but this Midlands city has been far more central to English life than most people realise.

It has links to Jane Austen and George Eliot (aka Mary Ann Evans, who grew up here and took inspiration for her novel Middlemarch from the city), it was mentioned by Shakespeare and was the birthplace of poet Philip Larkin. Plus it was a hotbed of British car manufacturing throughout the 20th century, churning out Daimlers, Jaguars and Triumphs at a prodigious rate. Yet its history can be traced even further back.

“In the medieval period, Coventry was one of the most important cities in the country”

“The medieval period was Coventry’s golden age,” says Martin Roberts, collections manager at The Herbert Art Gallery & Museum. “It’s rarely mentioned compared to York, but in the medieval period, Coventry was one of the most important cities in the country. The royal court met here on a number of occasions and parliament was held here.

“Many people say if it hadn’t been for the Second World War, Coventry would have rivalled York in terms of medieval buildings. I’m not quite sure that’s true but when you look at photographs of Coventry before the war, before the Blitz destroyed that heritage, it’s a very different city from where we are now.”

The free-to-enter museum showcases the city’s history, most notably the night of November 14, 1940, when Coventry faced a relentless 11-hour bombing raid that nearly razed the city to the ground, leaving its Gothic cathedral a burned-out shell. Yet the ruined church went on to become a symbol of peace and reconciliation, while the new cathedral built alongside is now a worthy stop on any city tour. It features a striking stained-glass window by British designer John Piper and an impressive tapestry by fellow artist Graham Sutherland.

As well as history, the Herbert also features art from across the ages, including a current exhibition about Coventry’s most famous music genre, Two-Tone. 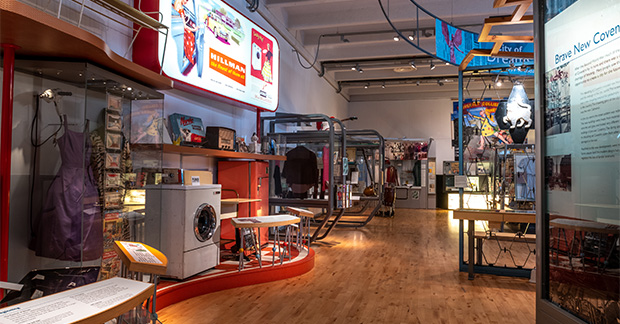 There’s plenty of creative energy making a mark elsewhere too, not least in the artsy quarter of Fargo Village. This was once a derelict industrial estate on the fringes of the city centre, until 2014 when brothers Brian and Ian Harrubin – the same duo behind the revamp of the Telegraph Hotel – regenerated the area as an arts-and-crafts hub.

A new indoor food market, The Factory, opened this summer alongside art cafe Common Ground, where chef-worthy meals are served alongside screen-printing workshops and a gallery showcasing the work of local artists. It’s just one of the creative projects breathing new life into Coventry as it marks its moment in the spotlight as this year’s City of Culture, and proving once again that there’s always room for reinvention. 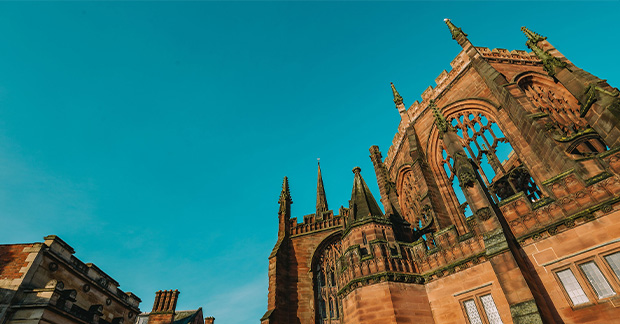 Three of the best attractions

Coventry Transport Museum
This museum charts the history of the city’s car-manufacturing industry, from ‘bone shaker’ bicycles through to a dazzling array of classic 20th-century cars. Entry is £14.

Observations on Being
Part of the City of Culture programme, this installation offers multi-sensory experiences that force you to challenge preconceptions about the world around you. Tickets £10.

Turner Prize 2021
The shortlisted works will be on display at the Herbert Art Gallery & Museum from September 29 until January 12, 2022. Entry is free, but booking is essential.

Find out more about what’s in store for Coventry’s City of Culture programme at coventry2021.co.uk

It was a rocky start for this four-star property set in the city’s former newspaper offices, but despite a delayed opening due to the pandemic, it’s already a hit with locals dining at its airy main restaurant or enjoying trendy rooftop bar Generators. Its mid-century modern stylings are carried through the hotel from the elegant lobby to its 88 well-appointed rooms. They include the Lord Iliffe Suite, named after the newspaper’s founder and featuring an original drinks cabinet from his private quarters.

Book it: Great Little Breaks offers a two-night stay with breakfast and dinner on the first night from £102 per person.
greatlittlebreaks.com 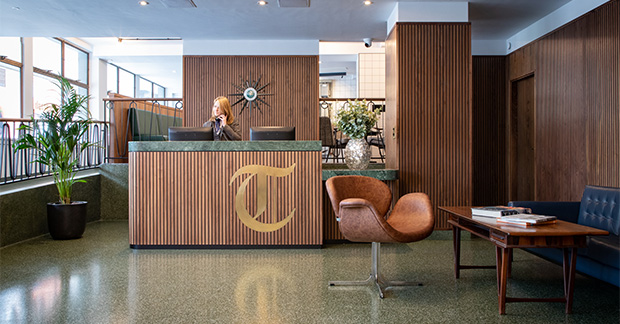 Stay close to home with a London city break

UK cruising: Who is sailing where this summer?