Natasha Marson, who joined Hays Travel from Thomas Cook when its retail network was acquired in 2019, has been appointed to the role.

She has been promoted from the role of divisional manager for Wales and the Midlands – and led the launch of the virtual contact centre for Hays Travel during the pandemic.

Prior to Thomas Cook, Marson worked for Tui for several years across a variety of senior positions.

As head of the Independence Group, Natasha will oversee the consortium of more than 100 standalone independent businesses which receive commercial and operational support from Hays Travel, the UK’s largest independent travel agent with about 450 shops.

Leanne Edwards and Helen Williamson, both formerly Hays Travel regional sales managers, have taken on the roles of business development managers for the central and south UK regions of the Independence Group. A further appointment to cover the north is due to be announced. 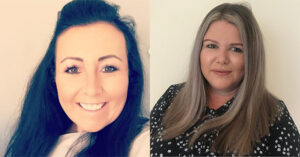 Edwards, who joined Hays Travel from P&O Cruises, and Williamson, who joined from Tui, have more than 40 years of combined experience in travel.

Jonathon Woodall, Hays Travel’s chief operating officer, who was head of IG in his previous role, said: “I’m delighted that Natasha has taken on the job; she is already making a positive impact on the Independence Group.

“We have seen a significant spike in interest to join from a variety of entrepreneurs both new to the industry as a result of the pandemic, and existing well-established businesses. Our investment in this new team is testament to our commitment to our members and the travel industry.”

Marson added: “It is so incredibly satisfying to be able to talk to such a variety of companies. Every chief executive or owner is different and our aim is to help them succeed in their own way.

“The new team will strengthen the already fantastic Independence Group support team based in Sunderland, by being on the road offering tailored support to new and existing members, building mutually beneficial relationships, and sharing their extensive knowledge of our products and systems.

“I am delighted to welcome both Leanne and Helen into the Independence Group family and they are equally as excited to get started and meet our members.”