The world’s largest square rigged vessel was due to begin its maiden four-night voyage at 6pm last night. However, it was forced to turn around as it left port following a financial dispute between its original owner Star Clippers and the shipyard at which it was built.

Star Clippers confirmed in a statement that it had received the “first payment” made by Brodosplit shipyard in Croatia.

It added: “Star Clippers has advised Brodosplit to pay the remaining financial obligations due without further undue delay to avoid further enforcement action to be taken.”

A statement issued on behalf of Tradewind Voyages and Brodosplit said: “In July 2019, Brodosplit Shipyard first offered a “buyers supply” payment, followed by several offers more, but each time it was declined.

“Finally, on the 14 July 2021, at the request of the ship owner, the courts allowed the establishment of a Court Deposit to pay “buyers supply” after the mortgage was taken out.

The statement added: “We are pleased that the UK authorities are not only efficient but also expeditious and professional and they completed the process quickly.

“Therefore, we are delighted to be able to inform you that Golden Horizon has continued its voyage today and will be able to sail free of mortgages, across all the planned seas of the world, wherever it is carried by the ‘trade winds’.”

Vanessa Good, director of Scottish-based The Good Travel Company, who is on the maiden voyage with her mother, confirmed the ship had now started its sailing.

Speaking from Golden Horizon, Good (pictured below) told Travel Weekly: “We’re on the move – slowly. Hopefully we’ll make it out of port this time. We were told that we would be leaving at 1pm.”

Good said there was “a great sense of adventure” on board and “a sigh of relief” from other passengers. 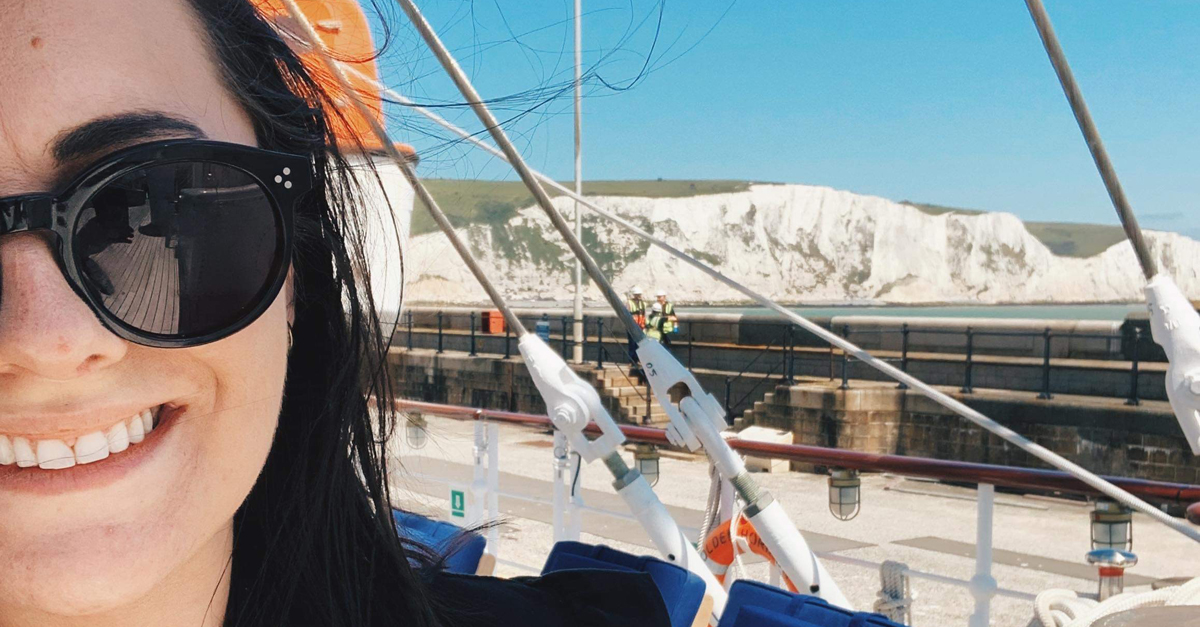